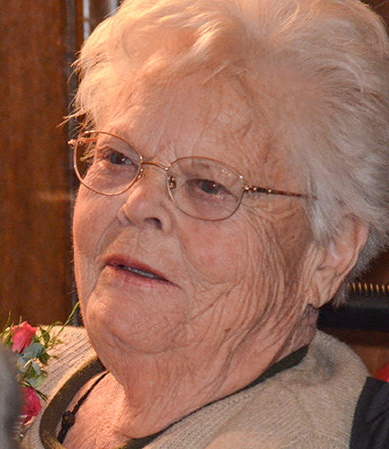 Janet Kjellstrom was a lifelong resident of Rockford, Illinois, a graduate of Rockford East High School, and a generous philanthropist.

Janet was born in Rockford on January 14, 1925 to John (also known as Bert) and Margaret Luebke Kjellstrom.  Her father partially owned J.L. Clark Manufacturing, where she was employed for 39 years. J.L. Clark was a Rockford-based manufacturer that started out making chimney flu coverings and later produced decorative tins and other products. Despite having inherited wealth, Janet lived a simple life and relished contributing to the Rockford community.

A donor and a benefactor to numerous organizations, Janet had a passion for charities involving children and the Performing Arts. Janet received numerous awards for her philanthropy, among them the Spirit of Caring Award from Crusader Clinic in 2008. Her love for Rockford and her charitable giving led to her being given the Outstanding Philanthropist Award at National Philanthropy Day in 2000. Janet Kjellstrom never married nor had children so in 2004 she established the Kjellstrom Family Foundation to continue her philanthropic endeavors.

Janet had a love for travel. Her extensive travels took her to many countries and locations throughout the world.  She loved spending time in the north woods, where she enjoyed boating, fishing, and dining out with her many friends. Janet is remembered for her giving heart and tremendous devotion to the Rockford community.